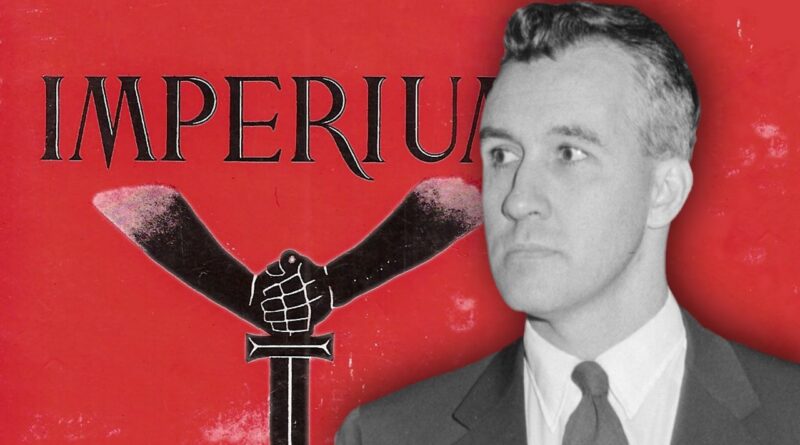 In 1918, Oswald Spengler published his two-volume work, “Decline of the West”. In 1960, Francis Parker Yockey supposedly committed suicide while being held in prison by the FBI. Though these two facts might seem unrelated at face value, there is a trajectory that connects them together.

Yockey was born in Chicago, as the youngest of four. Although a Marxist for a brief period at one point in his life, upon discovering Spengler’s Decline of the West and the works of Carl Schmitt, he became deeply involved in the Occidental Tradition (from Machiavelli to Hobbes and from Hegel to Nietzsche). This led him to discover a number of Third Position ideologies.

As a student in university, Yockey had his works published in Fr. Charles Coughlin’s “Social Justice”. Yockey completed his undergrad at the University of Arizona and graduated with honours from the Notre Dame Law School. Yockey also studied at the University of Michigan and Georgetown’s School of Foreign Service.

Yockey had ties with many different parties: from isolationists like The German American Bund and the National German-American Alliance to Fascist Organizations like William Dudley Pelly’s Silver Shirts, The American Nazi Party of George Lincoln Rockwell, and Sir Oswald Mosley’s British Union of Fascists. With that being said, he remained in obscurity for most of his life and experienced a number of falling-outs with a number of different leaders.

It was in 1948 that, under the pseudonym Ulick Varange, Yockey published his magnum opus, entitled: Imperium. This book was intended to be a sequel to Oswald Spengler’s Decline of the West.

Yockey’s works were highly renowned within the community of dissident politics at the time, and they were even endorsed by people like George Sylvester Viereck, Revilo P. Oliver, and Julius Evola.

Perhaps no excerpt summarizes Yockey’s understanding of history than the following quote from Imperium:

“Two ideas are opposed — not concepts or abstractions, but Ideas which were in the blood of men before they were formulated by the minds of men. The Resurgence of Authority stands opposed to the Rule of Money; Order to Social Chaos, Hierarchy to Equality, socio-economico-political Stability to constant Flux; glad assumption of Duties to whining for Rights; Socialism to Capitalism, ethically, economically, politically; the Rebirth of Religion to Materialism; Fertility to Sterility; the spirit of Heroism to the spirit of Trade; the principle of Responsibility to Parliamentarism; the idea of Polarity of Man and Woman to Feminism; the idea of the individual task to the ideal of ‘happiness’; Discipline to Propaganda-compulsion; the higher unities of family, society, State to social atomism; Marriage to the Communistic ideal of free love; economic self-sufficiency to senseless trade as an end in itself; the inner imperative to Rationalism.”

On one hand, Yockey shared Spengler’s understanding of the morphology and lifespan of civilizations. Yet on the other hand, Yockey shared Spengler’s understanding of different types of socialism (favouring that of the Nationalist variety). Where Spengler condemned the “private socialism of Billionares” and where Spengler condemned “Marxist Socialism”, Yockey had the following to say:

“The only distinction between types of Socialism is between efficient and inefficient, weak and strong, timid and bold. A strong, bold, and efficient Socialist feeling will, however, hardly use a terminology deriving from an antithetical type of thought, since strong, ascendant, full Life is consonant in word and deed.”

Here Yockey’s line of thinking parallels Spengler’s praise of/calls for “Prussian Socialism” and his remark on how “Authoritarian socialism is by definition Monarchism.”

On this topic, one cannot help but think of Socialist regimes like that of North Korea or Syria, where power has been passed on in a hereditary fashion, similar to a monarchy. And this is a noteworthy fact, because Yockey himself came to hold the political view that the Socialist East had more potential for a Fascist State than the Capitalist West (which he believed was far too influenced by Zionist interests). Herein lies one of the main reasons that Yockey did not get along with someone like Rockwell.

In line with his geopolitical vision, Yockey cultivated close ties with Social Nationalist leaders worldwide, like that of Gamal Abdel Nasser in Egypt. Yockey also visited Prague during the Prague Trials, where the Communist Party of Czechoslovakia persecuted a number of Jews for their alleged dual loyalties.

In the end, Yockey was constantly pursued by the FBI, especially in light of the fact hat he had a number of forged passports and birth certificates as a means of keeping his political activities on the down-low. When he was eventually captured and imprisoned, he died because of a cyanide capsule under highly suspicious circumstances.

Although he died a “man of mystery” who was forced to hide in the shadows, he deserves to be remembered for all that he shed light on. 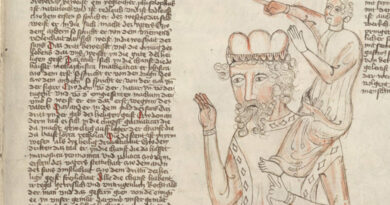 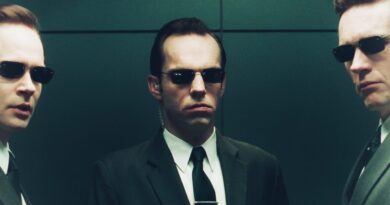