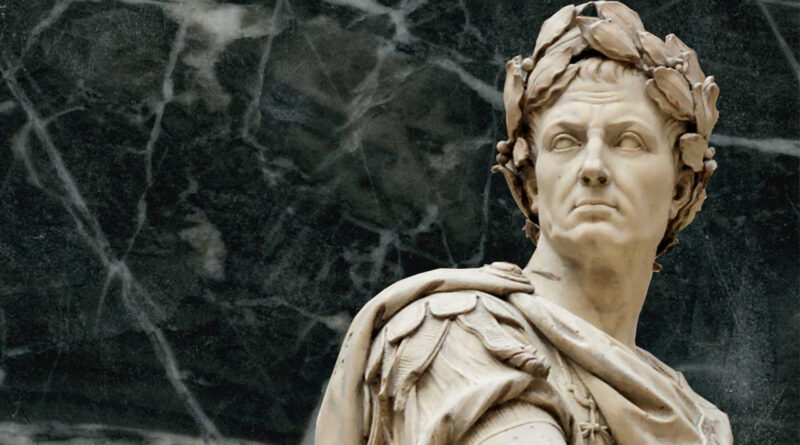 Today we see a system in decline. The people have lost faith in the politicians and the institutions they represent. Poll after poll shows America’s growing frustration with the liberal two-party system. In fact, according to Gallup, the highest approval rate for Congress in the last 10 years is a dismal 36%! With such a low percent of approval being their highest achievement, it is crystal clear the people are not satisfied by their so-called ‘representatives.’

Why would we be satisfied with them? Day by day, it is becoming clearer and clearer, to more and more people, that the politicians do not have our interests at heart, but only their own and the money interests they profit from. Through the policies our beloved politicians have passed, the gutting of American manufacturing has taken place, taking millions of jobs out of America. More so, through the outsourcing of pharmaceuticals, have even put our citizens at risk, by being dependent on foreign countries for the very medications they depend on. I can go on and on about a politician’s ineptness and/or corruption, but as the polls suggest, most Americans are already aware of that.

So why do we put up with it? When everyone seems to know it, why continue the façade? Could a king of antiquity keep his head on his shoulders, let alone his crown, with such a small percent of the population in support of him? People today, have not done much more then passively protest against some governmental functions they disagree with from time to time. Outside of that, the American public has largely stood on the sidelines and watched as their country was usurped by Big Finance and their political puppets.

Unfortunately, the necessary revolutionary spirit that is needed to break the current system-created shackles (be they the satin shackles they are) is still lacking in the masses. In their minds, the risk is still not worth the reward. There are many reasons the mass mind is not yet at a revolutionary state. Some of the more prominent reasons being:

Comfort: Our satin shackles themselves. In America, even our poor are materially much better off than most of the world. America being a hub of Capitalism, has indeed brought a material (and solely material) abundance that provides many products to consume; comfort being one of those products. At a natural and individual level, this abundance of consumption fills, even engorges, our primitive biological desires (sex, food, security). When the primitive desires are fulfilled, such as they are today, you literally have to war against yourself, in order to convince yourself to war against the system. What drives our primitive urges, naturally, is opposed to biting the hand that feeds it. After all, it is only concerned about being fed, despite any logical or moral qualms about how it is being fed. For that reason, the lower-self (physical desires) must be placed behind the higher-self (idealism, spirituality, morality). Only then will people believe the risk (of penalty) being worth the reward (revolutionary governmental change).

Cynicism: You lose before you even try. With the dominance of materialism that consumes most peoples’ lives, it is no wonder the people have lost all realistic hope of radical change. For this reason they dismiss anything that seems too ‘far-fetched,’ ‘utopic,’ or ‘idealist,’ as impossible; thus, freeing themselves from the responsibility of trying. Personally, I think cowardliness lies at the bottom of cynicism. Whatever the case may be, cynicism is crippling to a people. When one only has a material foundation of life they cannot see past the system that exists, or choose not to.

The most important reason for the lack of revolutionary spirit is the lack of leaders with the revolutionary spirit. I don’t mean politicians, or ‘community leaders’; I mean Statesmen, not the salesmen we have today. Statesmen lead by their ideals, convictions, and foresight; not petty panderers, but men of will and determination hell-bent on glory for their Nation.  Most Americans vote team Red or Blue because they believe that is their only option; they think there is nothing else. It is past time for that something else to force itself upon the public stage. This can only come about with the rebirth of what philosopher Oswald Spengler called ‘Caesarism’:

By the term ‘Caesarism’ I mean that kind of government which, irrespective of any constitutional formulation that it may have, is in its inward self a return to thorough formlessness. The spirit of these forms was dead, and so all institutions, however carefully maintained, were thenceforth destitute of all meaning and weight. Real importance centered in the wholly personal power exercised by the Caesar, or by anybody else capable of exercising it in his place.

Individuals, stepping up, realizing, nobody is coming around-the-corner to save you. You have to save yourself. There is no other option. The plutocracy we live under has spread itself too thin. The once hallowed terms they use to defend their behavior, like ‘Democracy’ have become hollow. The people know what the politicians truly are; they are desperate for something different, something better.

This was clearly seen in the 2016 election year, where two candidates, Bernie Sanders and Donald Trump, masqueraded under populist themes which brought both candidates large numbers of enthusiastic supporters. But they were only role-playing populist. After being openly subverted by his own party, TWICE, Bernie returned to his role as Democrat role-player; after Trump had won, he became the ‘Republican’ he claimed to be rebelling against.

Big Money may be powerful, but the will and idealism of man is even stronger. It is only through the illusion that money is stronger than spirit that people succumb to the rule of Capital. It will take true trail-blazers of a new vision to break that perception of the world. Leaders who put Nation over self, people over profit and Capital, to the service of the State. For through such aspiring leaders (idealist, righteous, and determined) would the people put aside comfort, cynicism, fear, or whatever it is that keeps them tolerating a debased ruling elite. Men of character, vision, and persistence only need to stand up to eventually see how many of their fellow citizens will be counted alongside them.

In the form of democracy, money has won. There has been a period in which politics were almost its preserve. But as soon as it has destroyed the old orders of the Culture, the chaos gives forth a new and overpowering factor that penetrates to the very elementals of Becoming—the Caesar-men. Before them the omnipotence of money collapses. – Oswald Spengler

So, all that’s well and good…”We need Caesars”, “The system sucks,” so on and so forth, like we haven’t heard this all before. What does it mean to you reading this? Or to me writing this? I can only speak for myself in regards to that question. I know for 20 years now (since 2001), through my own curiosity, I have been hyper-focused on history, politics, philosophy, and sociology. Through these, and other subjects, I had come to the conclusion that our neo-liberal Democracy was rotten…I mean rotten to the core; from the ‘enlightenment’ period philosophers we put on pedestals, to the actualization of our lives under Big-Capital exploitation. As I was maturing in thought and age, while having my convictions, I took all the provided routes: I joined fringe organizations and did the activities that came with them (flyering, protests, gatherings etc.), and made content online promoting my views (video, audio, written).

For some time now I knew these were not actual solutions, but just my meager way of holding on to illusions of self-respectability while coping with a power structure I viewed as too omnipotent to actually fight. I hid from this obvious truth for years, not because of fear of ridicule or failure, but from fear of success. Not the act of success itself, everyone would just like to wake up and win every day, but the fear of what it would take to succeed…That’s what holds most people back from achieving their higher destiny. It meant I would have to ask more of myself then I ever had before. That I could no longer wait for someone better to come around and set the world straight. It was up to me to birth the ideals I held sacred. It’s not an easy realization to take action on. While my head may have been filled with lofty ideals, I was bathed daily in comfort and cynicism. All doubt about taking 3rd Position (3P) politics to the public stage had to be erased from my mind: the practicality of it, the reaction to it, can I even represent it properly? All doubt has to be eviscerated.

Every advocate of 3P political philosophy should take a real long hard look into the mirror and ponder their position. Is your politics truly your number one priority? Is your anger towards the injustice of the system, or love of a possible higher civilization, enough of a motivating force?

Of course we will all have doubts about ourselves and look for an easier road. We may think ourselves not worthy or capable of the daunting task of advocating radical politics in a brutally moderate world. But to never get in the fight is more shameful then losing in the fight. The fight does not simply mean putting your name on a ballot or going public, more so, it means the inner change that must happen if you are to give your best effort. We all have that within us.

The reading of history has shown me the countless tales of men and women who sacrificed for something greater then themselves; sometimes to meet a lonely death, other times to overcome insurmountable odds.  That same human spirit runs through us all, as Napoleon once said to the Marquis de Caulaincourt:

The reading of history very soon made me feel that I was capable of achieving as much as the men who are placed in the highest ranks of our annals.

Americans are in need of true Statesmen… They are desperate for it! The plutocracy knows this, and will seek to fool the people again by usurping the rising support of populist themes. They will prop up their own caesars, and use their media domination to control the conversation. More than ever, we, the worthwhile, the true believers in the third option, be we today only plebs, must manifest within us the Caesars of tomorrow. As 3rd Positionists, we must embrace the potential leader within us and the struggle that comes with it. Taking the good message of unity and strength to our fellow citizen; freeing ourselves from the rule of money. The only other outcome is worsened subjugation, gifted to the ‘elites,’ through our own pathetic compliancy. 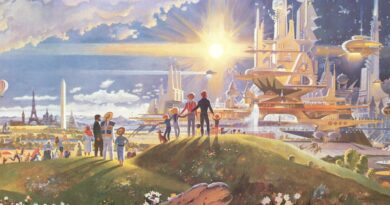 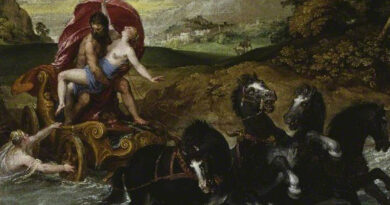 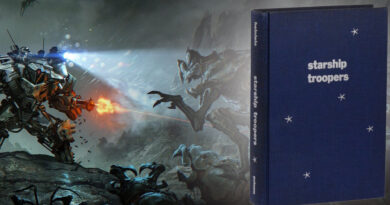