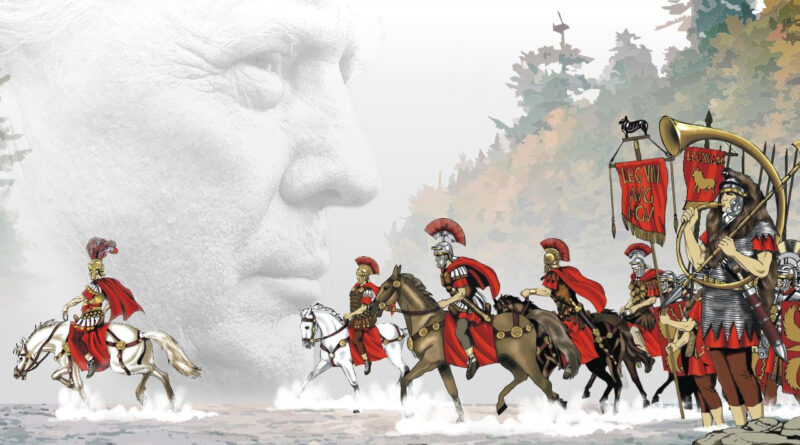 With these words, Julius Caesar crossed the river Rubicon, and the rest, as they say, is history. For the benefit of those who might be a little hazy when it comes to the Romans and the significance of this act, here’s a brief rundown: after successfully conquering Gaul (most of mainland western Europe as it’s known today), Caesar was ordered to return to Rome—his time as a governor had expired, and the Senate, led by friend-turned-foe Pompey the Great, accused him of treason and committing war crimes because of his unauthorized conquests.

Caesar knew that death likely awaited him if he refused to fight, so fight he did. He crossed the Rubicon from Gaul into Rome with a single legion in tow, triggering a bloody civil war against Pompey. After four years of warfare, Caesar rose as victor, bearing the purple toga which would become the ceremonial dress of emperors. Caesar took decisive action and never looked back, and richly was he rewarded for it.

Similarly, there had been a lot of talk about Trump’s Rubicon moment leading up to the organised march on the Capitol Building on the 6th of January, 2021. This was to be a do-or-die moment for the Trump presidency, echoing the urgency of Caesar’s situation two millennia earlier. What resulted was a perfect analogy of the Trump presidency—Trump talked, yet took no action or responsibility.

Conservatives, disgruntled after losing an evidently rigged election, descended on the Capitol Building to protest and let their disgust at the political establishment be known. This was all encouraged by Trump. Whereas a legitimate leader would be at the front of the people, Trump, however, was nowhere to be found.

With no leader in sight, no one directing the anger of the people, unruliness was inevitable. Pissed off conservatives entered the building by force (and invitation, if video evidence is to be believed) and lacking any leadership what did they do? They took ‘selfies’. They played in politicians’ offices. They LARPed as bison-headed dictators on the hearing room floor. Things finally came to a head with the fatal shooting of Ashli Babbitt, an unarmed veteran.

The Bard once said, “When that the poor have cried, Caesar hath wept.” Such empathy for the common man was markedly absent from Trump’s presidency, and this was at its peak during the Capitol Building incident. While Babbitt lay bleeding out from the gunshot wound to her neck, her blood staining the Trump flag she wore as a cape, the man himself was pleading on Twitter for his supporters to “respect our great men and women in blue.” Not only did he fail to lead his followers on that day, his concern was not for their wellbeing, but for the people with guns pointed at the unarmed conservative masses.

The events of the 6th were indicative of Trump’s presidency as a whole. There was a whole lot of bloviating on his behalf, yet when it came to action, Trump came up short.

The most striking part of this situation is that it was entirely avoidable. Trump knew the risks involved in mass mail-in voting—he’d complained numerous times on Twitter about how Democrats planned to steal the election by defrauding the mail-in ballot system. Yet once again, he took no action regarding it, and once again he’s paying the price for it. Yes, the election was stolen—there’s plenty of evidence proving that—but it need not have been. It’s almost impossible for one to feel sympathy for Trump at this point.

Another glaring example of the President’s lack of action revolves around the power wielded by the big tech monopolies. Trump knew this was a problem yet took no steps whatsoever to combat the issues. The first casualties of the censorship campaign began as soon as Trump took office. These were the dissidents of the right, many of whom had been vocal Trump supporters. No politician was concerned about this—hate speech is not free speech, they might claim—but it wasn’t long until mainstream conservative figures starting feeling the lash of the censorship whip. By the night of the 2020 election, the tech monopolies were so emboldened by Trump’s lack of action that they were censoring the President of the United States himself. Fast-forward two months and Donald Trump has effectively been banned from every major social media platform in existence. Once more, this was entire preventable.

Campaign Trump was a man for the history books—he was going to build a wall, curb immigration, “drain the swamp” and prosecute Hillary Clinton. He was brash, he spoke a big game, and the people loved every minute of it.

President Trump, on the other hand, has been an abject failure. One can blame the bad actors in his campaign, or claim that his downfall is all part of a vast conspiracy to entrap the left. That’s nonsense. President Trump had the power to enact change, yet he chose not to. His lack of action has sealed his fate as one of the most disappointing presidents of our time and whatever punishment the left has in store for him, he utterly deserves.

America needs a true leader, a man of action. An American Caesar.

Trump was not it. 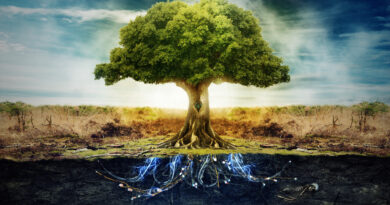 The Ecofuturist Dialectic: Eco-Fascism vs Futurism 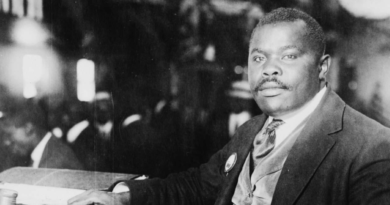 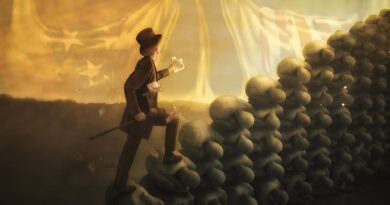