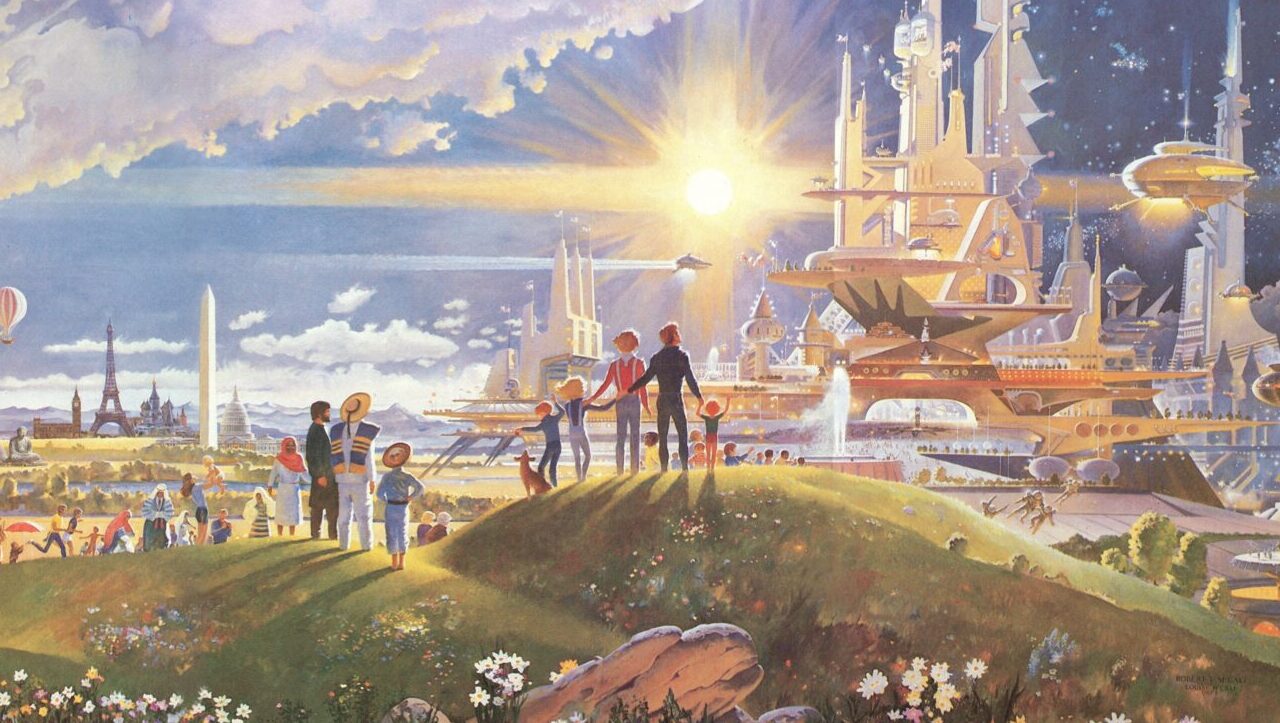 Before Robert Heinlein was an author, he was heavily involved in politics. He worked with socialist and former muckraker Upton Sinclair on his End Poverty In California (EPIC) campaign in the 1930s, and only narrowly lost a bid for California State Assembly in 1938. That same year, just after his campaign ended, Heinlein began writing his first novel, For Us, the Living: A Comedy of Customs. Heinlein wrote this book with a mind full of political ideas, and tries to communicate as many of them to the reader as he can. Although the novel has gained the reputation of reading more like a series of political speeches than a piece of narrative fiction, the novel is well liked among Heinlein fans and received a high rating on Amazon.com.

I thoroughly enjoyed Robert Heinlein’s most famous novel, Starship Troopers, and having just learned about the ideas of economist Major C.H. Douglas, I was excited to learn that Heinlein had written an entire novel based upon a twenty-first century society living in accordance with Douglas’s ideas. As I read this novel, I discovered that it contained a fairly comprehensive vision of a future utopia. Spider Robinson, a science-fiction writer and Heinlein’s personal friend, described the book as “already containing all of the messages Heinlein wanted to communicate to society.”

That is why I say that it is so immensely much more than just his first novel. It is all of them, dormant.

It is a utopian novel in the tradition of Edward Bellamy’s Looking Backward and H.G. Wells’ The Shape of Things to Come. It doesn’t contain a plot-driven narrative in the conventional sense, so while I’ll warn you of spoilers, I will also tell you there isn’t much to spoil. Everything, even the technological advancements seem peripheral to the main purpose of this book: to showcase Heinlein’s vision of how the world could be through various political changes.

What Kind of Political Changes?

This quote from the book sums up the goals of Heinlein’s future America:

It is implicit in all our American institutions that there are but two things that every man wants; first, that he should be as secure as possible economically, able to face the future without fear of cold or hunger for himself or his loved ones; and second, the chance to do anything that he wants to do, that interests him, that seems worthwhile to him.

Financial security is accomplished by way of a national dividend (checks paid out monthly, like a universal basic income) which is part of every citizen’s heritage. The ability of the government to issue these checks without sinking into debt was achieved by (1) dissolving the privately owned Federal Reserve, (2) establishing a government-owned National Bank instead, (3) eliminating fractional reserve lending, and (4) discovering that any healthy, expanding economy requires additional currency to keep things moving; and that this could be achieved by the government issuing money directly to its citizens.

After the power to create money out of nothing was taken away from bankers who were more concerned about their own personal gain than the well being of the country, the economy ceased to experience such drastic upswings and downswings, and people enjoyed a period of relative stability. With everyone receiving a guaranteed minimum salary, many citizens turned to the arts or other areas of life that interested them.

The Title and Policies of Peace

Heinlein created the title by combining a quote from the Gettysburg Address with the name of an ancient Greek comedy.

The Abraham Lincoln quote is not merely a memorial to honor dead soldiers, it is a call to action:

“It is for us the living, rather, to be dedicated here to the unfinished work which they who fought here have thus far so nobly advanced.”

The fact that the story takes place in the 2080s gives the quote an added dimension. Although the audience Heinlein is speaking to would have already died by the time the novel takes place, we (the living) are able to gain the admiration of our descendants by enacting changes which can create a better society.

Lysistrata: a Comedy of Customs is a Greek comedy about women withholding sex from their husbands during the Peloponnesian War in order to force both sides to negotiate peace. Heinlein’s future America has its own means of ensuring peace. Any unprovoked act of war must first be voted on and approved by its citizens. Moreover, the citizens who vote “yes” will be first in line for the draft, followed by those who choose not to vote. Those who vote “no” will be last to go.

Predictably, future America has been in a long stretch of peace and hasn’t fought any needless wars since the policy began.

The Style and Premise

Although it is underplayed in the book, the premise of the story is quite interesting. It begins with the protagonist, Perry Nelson, racing down the California coastline in 1939. His tire pops and he’s sent hurtling off a cliff, falling to his death on the rocky beach below. He immediately wakes up in the year 2086 in the body of an academic who had been doing research on extra-sensory perception. The academic must have made some unknown breakthrough in his field, creating a situation which leaves the reader wondering whether he will return and eject Perry back into the realm of the dead.

It’s an intriguing scenario which could have been used to take the story in a more existential direction. However, Heinlein was dead-set on showcasing his political ideas, so instead many of the conversations in the book sound like this: Oh, so your consciousness has jumped here from 150 years in the past? Let’s talk economics!

Some unique features of the book: the annotation (one footnote lasts six pages and another is a mathematical equation), the teaching method (Heinlein asks the reader to take out a chess set and deck of cards in order to visualize where the money in the economy is going), and the appendix (Heinlein explains in greater detail some scenarios involving the chess pieces and playing cards).

But although the writing style has its quirks, in the end Heinlein’s natural writing talents shine through. He effortlessly develops the two main characters and successfully contrasts the personality of the rugged 1930s man with the sophisticated twenty-first century gentlemen. (Little did he know how much we would come to admire his 1930s man who thought nothing about smacking another man in the mouth for making a move on his girl; or how much we would come to despise the low-testosterone “gentleman” who refuses to assert himself and is easily trampled upon).

Some of the predictions Heinlein makes are frighteningly accurate. For example, the death of Roosevelt is only off by one year. Many of his predictions come from his understanding of technology and knowledge of current events, but there’s also a keen intuition into people’s psychology. Here’s his description of how World War II ended (mind you, this was written in 1938):

Adolph Hitler committed suicide by shooting himself in the roof of the mouth. Mussolini got off much more gracefully. He submitted his resignation to the king he had kept around during his entire tenure and the king appointed a new prime minister.

He accurately predicts the importance of television, which doesn’t even have a name at the time of his writing (he calls it the televue). The technology he describes very much resembles today’s streaming YouTubers.

Also, birth rates fall to the lowest in history because of an epidemic of abortions and a refusal of women to bear children.

I was disappointed to find that many of the changes Heinlein espoused involved a rejection of religion and tradition. One of the first things we learn about the future is that everyone is naked and clothes are mainly for weather. Eventually we find out that marriage hardly exists anymore and that casual sex and temporary relationships are its replacement. Kids float between parents and aside from the education system, child rearing doesn’t seem to be a focus of society. Privacy is strictly enforced and jealousy is removed by way of psychiatry.

Why all these changes? In his future history, the influence of Christianity had diminished through the rise and fall of a religious demagogue. All these changes are surprisingly presented as positive developments.

Heinlein’s naiveté about the negative effects of sexual immorality and divorce on society may be forgivable, seeing how little he could have known about it. The divorce rate in 1939 was less than 0.2%. Nowadays the idea that society could consistently raise healthy children without committed parents is laughable.

Heinlein’s utopian vision is epitomized by the ending of the book: after waking up in bed with two women, Perry hops onto the first rocket to ever head for the moon. How was he able to do this? The freedom given to him by the Douglasian social credit enabled Perry to pursue his dreams to the fullest and become a rocket pilot, while the freedom given to him by rejecting the idea of monogamy enabled him to overcome jealousy and pursue an open relationship.

Although I disagree with many of Heinlein’s ideas, I did quite enjoy this book. It was entertaining in its own right, but was also a nice look into the mind of a forward thinking person of that time. There’s a kind of innocence which seems common to the era, where they hadn’t seen societal degeneracy in so long they didn’t know what it looked like. It’s this ignorance that I think allowed us to fall into many of the predicaments we’re in today. At the same time, the book also contains many insightful propositions for policies we haven’t pursued that the reader might wish we had.

For Us the Living wasn’t published until 2003, fifteen years after Heinlein’s death and sixty-five years after he finished writing it. I understand why 1930s publishers may have rejected it: the lack of narrative development along with the controversial political messages. But what the book lacks in style, it makes up for in ambition. It is a surprisingly good combination of elements from different spheres of knowledge, and although our actual history has unfolded in a different way than Heinlein envisioned, it’s easy to see why he makes the predictions he does. Reading the book helps put our present efforts to predict the rest of the twenty-first century into perspective. A sagacious mind can foresee a lot, but it can’t anticipate everything.

Having written Starship Troopers, Heinlein remains one of the only authors who has been able to channel the spirit of Third Position into an American science-fiction novel. For Us the Living bolsters Heinlein’s status as someone who understood the economic and political realm, but cannot in the end represent Third Position because of its departure from social tradition. I recommend this book for someone who wants to understand Heinlein’s way of thinking more intricately, but for someone who is trying to understand Third Position, it may be best to look elsewhere. 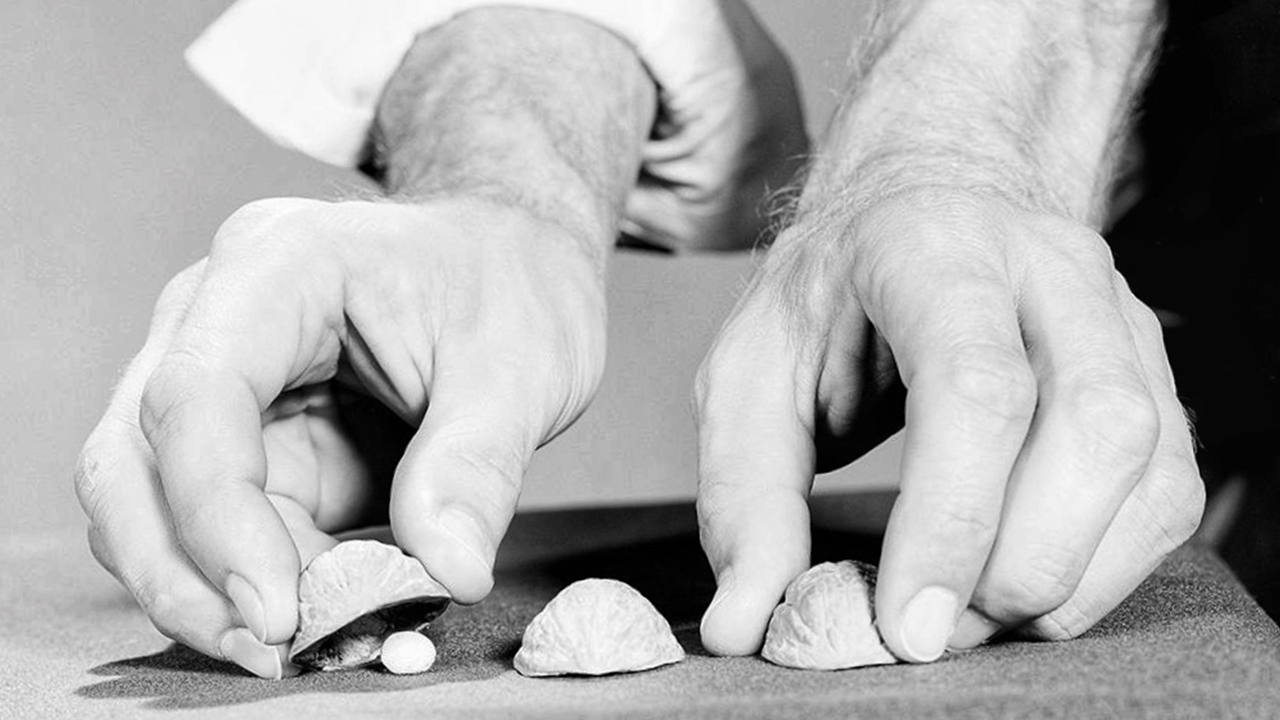 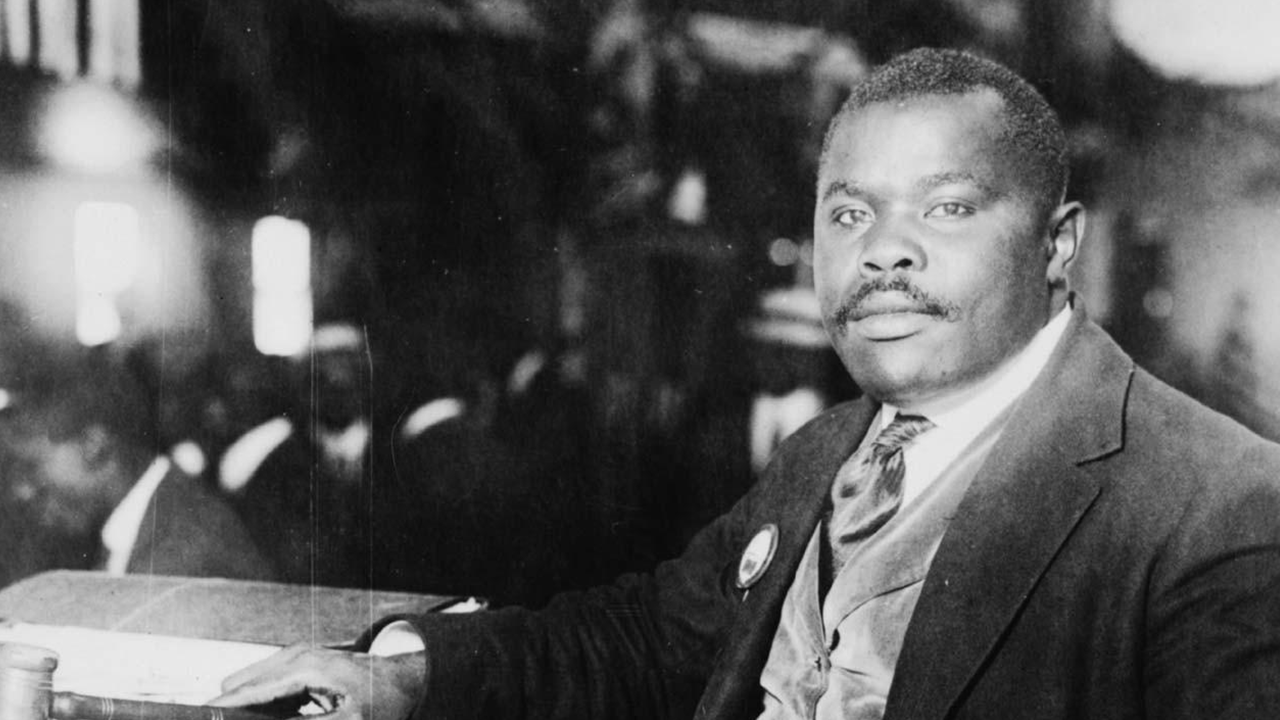 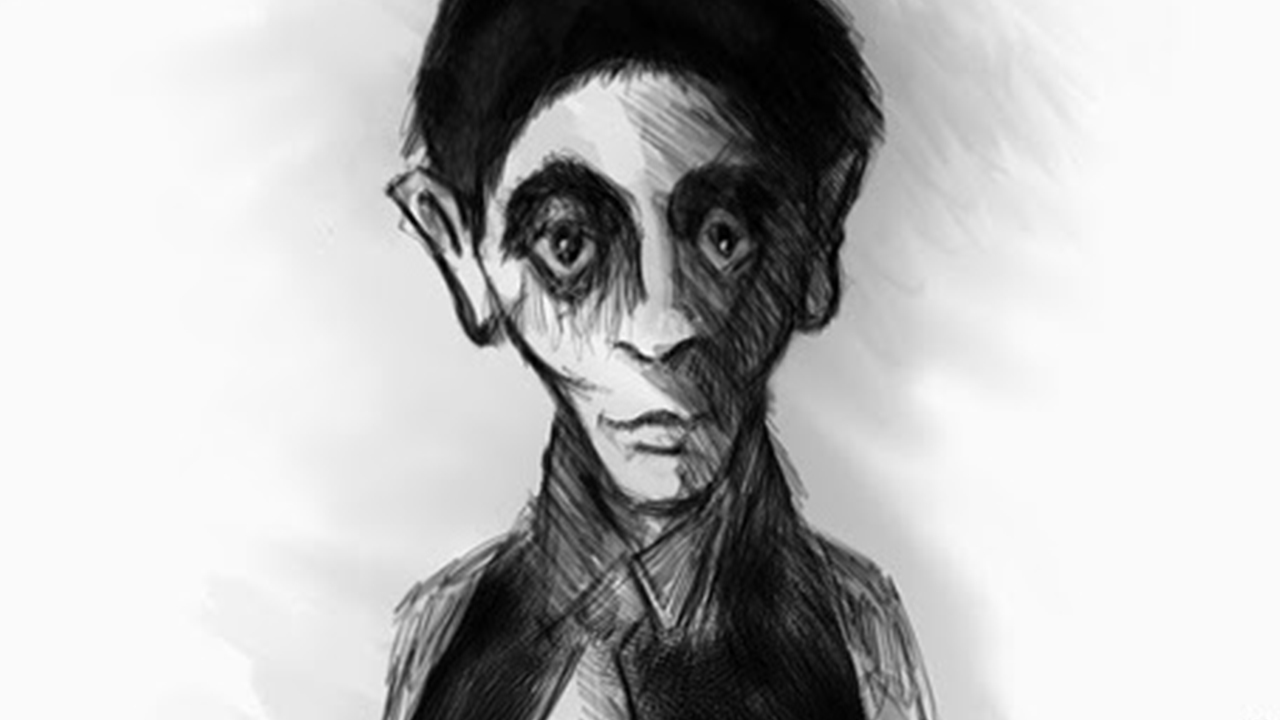